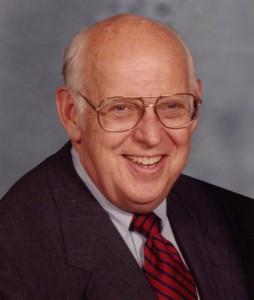 Festivals and Events Ontario welcomes James Thomson as a 2002 Hall of Fame Inductee.

James Thomson is truly a dynamic individual, starting a business out of his home and growing it to an international supplier of inflatable balloons for the largest events across North America. In 2000, the Inflatable Advertising Dealers Association inducted James Thomson as their first Hall of Fame member recognizing his invention of the cold air inflatable as being the start of their industry as a whole. To note that inflatables of all types—helium, games and stationary—have made a most visible impact on the events industry as a whole is an understatement. Virtually every event in North America has some sort of inflatable featured either for sponsor visibility or as event decor and interactivity. This would not have existed without the creative genius of James Lorne Thomson.

Jim Thomson’s product has played major roles in eight Super Bowls, three Olympics, World Cup Soccer, PGA Tournaments, and countless parades and events worldwide. Jim Thomson’s inflatables have become icons of the many local events that commissioned them—and his rental characters have brought these Ontario events to new heights. Jim retired in 2002 at the age of 70 following 40 years of tremendous contributions to the festivals and events industry in Ontario and around the world.
_____________________________________
from www.festivalsandeventsontario.ca